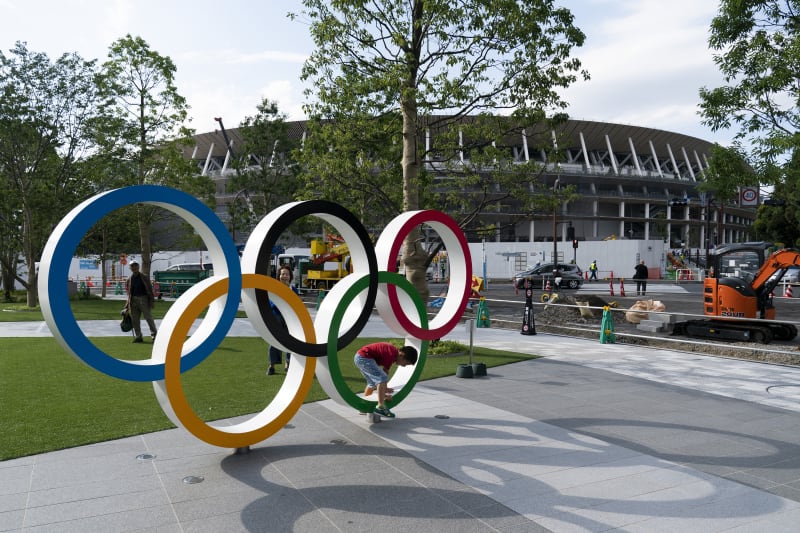 We live in a world where to be sustainable with our purchases and product uses is extremely important. With role models like David Attenborough and Greta Thunberg warning us of how our world is suffering, due to the size of the earth’s carbon footprint, the amount of plastic we waste, and CO2 emissions released into the atmosphere. The committee of the Tokyo (2020) Olympics decided to take a very sustainable approach to the Games, with a concept of “be better, together – for the planet and the people”. The Olympic committee came up with the goals to “showcase solution models of global sustainability challenges to people in Japan and around the world”.

In the build up to the Olympic Games 2020, to be held in Tokyo (which were cancelled due to the coronavirus pandemic), the Olympic committee came up with a Sustainable Sourcing Code[1] to help tackle the issues of:

•  Climate Change – the promotion of energy savings and use of renewable energy.
•  Resource Management – through reduce, reuse, recycle, the aim is “Zero wasting”.

•  Human Rights, Labour & Fair Business Practices – the operation of the Games with the UN’s Guiding Principles on Business and Human Rights.

•  Involvement, Cooperation and Communications (Engagement) – through the participation and collaboration of entire society, the creation of the Games which open to everyone.

The Olympic Games and the Paralympic Games are two of the world’s biggest sporting events, watched by millions of people. Due to the size of the Games, it also means it has a major impact and influence on the people that watch it.  This means that the committee behind the planning of the Games need to ensure that they are considering common ethical issues through which changes and measures can be seen applied to our daily lives. For example, some of the ways that the Tokyo Olympics committee have decided to put sustainability into effect is through[2]:

•  Recycled use of rainwater.

•  The reduction of single use plastic waste

•  Delivering an Inclusive Games that everyone can enjoy without experiencing discrimination.

The last Olympics were held in 2016, in Rio De Janeiro. An Environmental Legacy report filed by the Olympic committee in 2016 stated that “environmental sustainability standards were fully incorporated in the planning and delivery of the Games and beyond”[3]. Quotes from the report filed states[4]:

•  “Rio 2016’s sustainability programme received ISO 20121 certification, after a third party audit confirmed that the sustainability plan for the Games followed international best practices and had been fully implemented. This raised the bar for environmental practices throughout the supply chain.”

•  “Rio climate change action went beyond the Opening Ceremony awareness building. Energy-efficient and low-carbon technologies were implemented in Brazil and other Latin American countries, reducing 2.2 million tons of carbon emissions and demonstrating the feasibility of low carbon production in agriculture and industry.”

•  “Nine kilometres of river courses were recovered through regeneration of banks and drainage.”

•  “A new waste treatment centre with capacity to treat 9,000 tons of waste per day was established, while 10 new wastewater treatment stations and 2,100 km of collection system were established in the west of Rio.”

•  “1,100 tons of waste were recycled during the Games, including by local cooperatives, creating income for the waste pickers. Before the start of the Games, 356.19 tons of recyclable waste was sent to cooperatives/recycling industry.”

In conclusion for the 2016 Olympics, they were very sustainable and reduce, reuse, and recycle was heavily implemented and the environment improved due to the changes being made.

How can this be applied outside of the Games?

Many of the actions and measured introduced to the Games by the Tokyo committee can be introduced into our regular daily lives today. The Tokyo Games can be a call to action for us to apply what is done there to also be applied in our lives right now. It is a chance for us to become more aware of sustainability and the innovative ways that we can be more ethical with our living, by changing the smallest of things. This can be in a way as simple as deciding to take public transport or car sharing (following COVID-19 guidelines) instead of driving your own vehicle or buying Fairtrade products. Once you start, commit.

Sustainability is a major factor for businesses all across the world, and we want to help give it the recognition it needs in the sporting industry, through which we support sustainable events and campaigns in the sporting world.